How these Free Questions can help you Prepare for the actual Arcitura Education C90.06 Exam?

Get official information about the syllabus and format of the exam to set an effective study plan. This information helps you to know what type of questions and topics will appear in the Arcitura Education C90.06 exam. Don’t waste your time and concentrate on such learning content which is expected in the actual exam.

Cloud Service Consumer A belongs to Organization A, which is leasing all of the IT resources shown in the figure as part of an laaS environment. 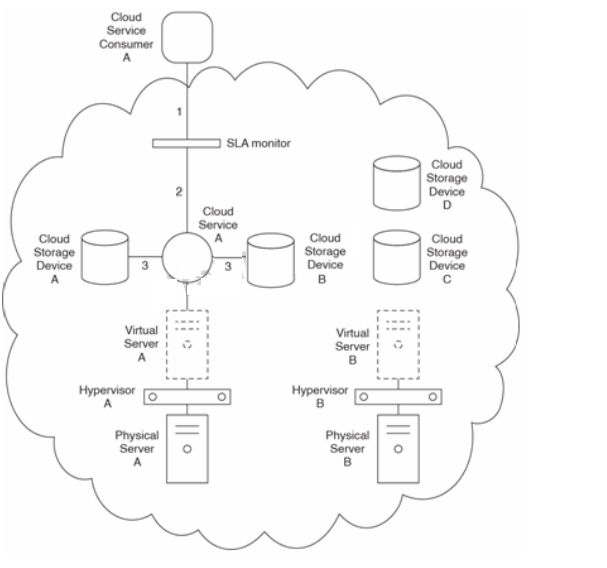 Organization A requires a system that will prevent this type of failure from resulting in data loss.

The cloud provider is planning to implement a routine maintenance schedule for Cloud Storage Devices A, B, and C and issues a notice stating that the new schedule will start next week. An outage of 30 minutes every Thursday and Sunday at 8:00 PM is needed for the maintenance tasks. Upon hearing this, Organization A complains that they cannot afford to have Cloud Storage Devices A and B become inoperable, especially not during the weekdays.

Which of the following statements describes a solution that can address Organization A's issues? 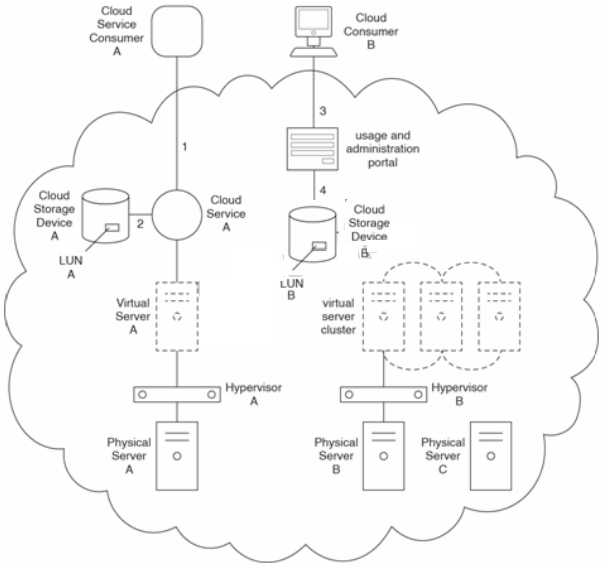 During the first few months of working with its cloud-based legacy systems. Organization A receives a number of complaints from users that the cloud-based legacy systems are at times behaving erratically. However, when cloud resource administrators with Organization A review the cloud provider's reports that log usage, downtime and other runtime characteristics, they do not find any indication of erratic behavior or any other comparable problems. After some further investigation, the cloud resource administrators determine that the nature of the erratic behavior is specific to proprietary features of the legacy systems and is therefore not monitored or logged by the cloud provider's standard audit monitor, pay-per-use monitor or automated scaling listener.

The cloud resource administrators recommend that a new service agent be developed with features customized to monitor the legacy systems.

Which of the following statements provides a solution that can address Organization A's requirements?

Cloud Service A is installed on Virtual Server A and the database it accesses is located on Cloud Storage Device A. Both Virtual Servers A and B are hosted by Hypervisor A. Requests from cloud

service consumers are intercepted by an automated scaling listener that automatically routes subsequent requests to additional instances of Cloud Service A whenever the given usage of an instance exceeds two concurrent requests. 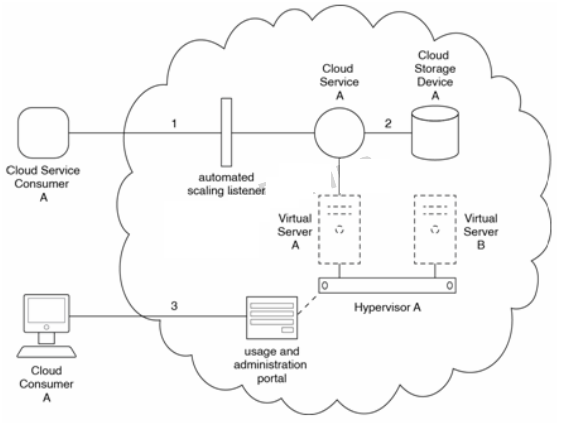 Cloud Service Consumer A accesses Cloud Service A (1), which either sends a query or a read/write request to a database on Cloud Storage Device A (2). A usage and administration portal is available, enabling Cloud Consumer A to view the billing and usage history of Virtual Servers A and B (3).

Cloud Service Consumer A and Cloud Consumer A are owned by Organization A. which performs several tests on the cloud architecture that produce the following results:

A stress test is performed to generate workloads on Virtual Servers A and B to gauge their load capacity. This test reveals that both virtual servers have firm workload thresholds. If the workload capacity on either virtual server reaches its threshold, further processing requests are rejected.

An availability test shows that Cloud Service A becomes unavailable whenever Hypervisor A crashes.

A security test is carried out during which the cloud architecture is accessed by a malicious cloud consumer that disables the path used by Cloud Service A to access Cloud Storage Device A, thereby causing all subsequent cloud service consumer requests to be replied to with data access errors.

Which of the following statements describes a solution that addresses the concerns raised by the three tests? 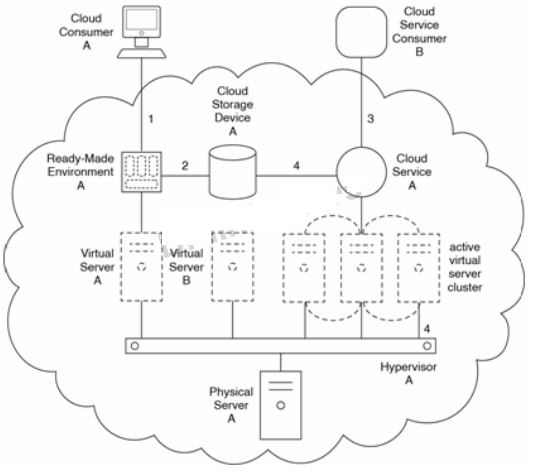 Developers access Ready-Made Environment A to work on the development of a new solution (1).

Hypervisor A is made part of a cluster of hypetvisors. Ready-Made Environment A, which is still hosted by Virtual Server Aon Hypervisor A, subsequently becomes unexpectedly unavailable. It then takes twenty minutes to pass before Virtual Server A and Ready-Made Environment A become available again on Hypervisor B (a hypervisor that is also part of the hypervisor cluster). This delay is considered unacceptable by Cloud Consumer A. Furthermore, after being relocated

to Hypervisor B, Virtual Server A is unable to connect to the network. By the time the cloud provider rectifies this second problem, Cloud Consumer A experiences a total of two hours of downtime.

Which of the following statements describes a solution that can minimize or entirely avoid a delay for the runtime relocation of Ready-Made Environment A? 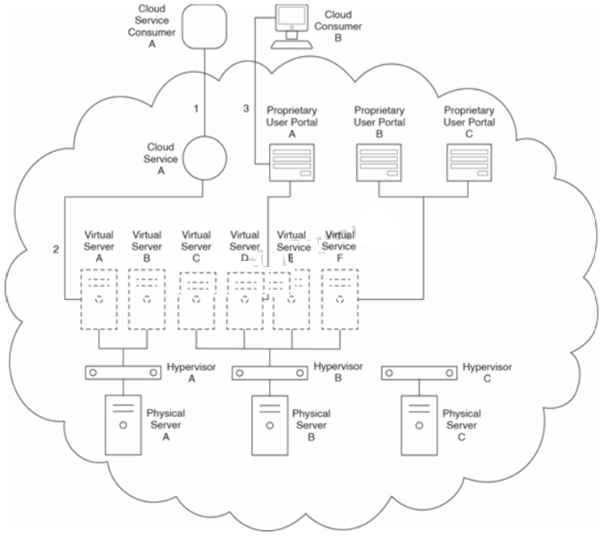 Which of the following statements provide a solution that can adequately resolve all of Departments A and B's issues?

Get Premium C90.06 Questions as Interactive Practice Test or PDF

Note: If you see any error in these Arcitura Education Cloud Architecture Lab questions or answers, get in touch with us via email: support@study4exam.com.

Currently there are no comments in this discussion, be the first to comment!

Is the comment made by USERNAME spam or abusive?

In order to participate in the comments you need to be logged-in.
You can sign-up or login